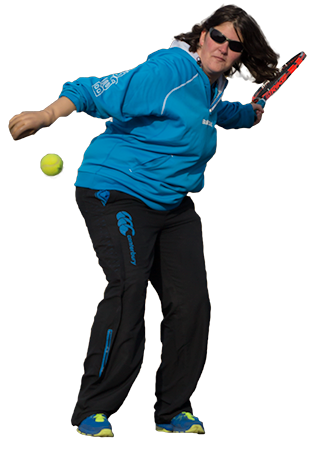 Fakenham Tennis Club has teams in various local leagues, which change periodically, depending on the number of members wanting to play matches.

For the 2021 season we have a mixed team in the Castle Acre league, and both   men’s and ladies’ teams in the City league in Norwich.

The Castle Acre league changed its format for the 2011 season, from 3 to 2 pairs, with each pair playing two sets against each of the opposition pairs.   In this league, if the score reaches 5-5, then two more games are played, resulting in either a draw at 6-6 or one team winning 7-5.   Matches are played on a home or away basis, also for the first time in 2011, due to an increase in teams entering and are between clubs within a 12-mile radius of Fakenham.  These changes have proved to be successful and have continued, but will be reviewed at the A.G.M.        This friendly league always produces some good matches, & competitive play. Teams can then play some friendly matches, with a different format once the league is completed & this is where some of the B & C teams may decide to play.

The men’s City league has 7 divisions.  We entered this for the first time in 2007, and our men’s team won divisions 6, 5 & 4, in consecutive seasons, but having lost several players, were relegated in both 2010 & 2011, so were in div 5 for the 2012 & have remained there in the subsequent seasons.  This team consists of 2 pairs, with each pair playing 16 games against each of the opposition pairs, which means a match can be won 64-0, drawn 32-32, or anything in between.   Many of the matches in this league are played in Norwich, with others spread across the county, but, as yet, our men have not had to travel beyond Norwich.

The ladies entered the City league for the first time in 2008 and had a most enjoyable and successful season, winning all the matches, and scoring over 40 games in all, but one.  They continued this success by winning Division 3 in 2009 & finished mid-table in div. 2 in 2010, however, with a shortage of players, they too were relegated in 2011, & since then have moved between div.2 & div 3 most seasons, so played in division 2 in 2015 & were delighted to be able to maintain their Div.2 status since 2016.   Despite the shortage of players continuing, the ladies managed to finish mid-table & so will be in Division 2 again in 2020 & once again look forward to some good matches.  This is played along the same lines as the men’s league.

The teams in these leagues have a variety of court surfaces, with differing standards of grass and hard courts, which all adds to the interest of playing match tennis.